Dr. Daron Shaw, professor of government in the College of Liberal Arts, discusses how he handles teaching politics and elections to a class with a huge enrollment of students who all possess conflicting viewpoints and varying political thought shaped by their environments and backgrounds. This is also a fascinating peek into the way in which one of the largest online courses at the University of Texas (enrollment of roughly 1000 students) is taught. Needless to say, Dr. Shaw's experience and insight are crucial for dealing with this unprecedented time in US history, and so we appreciate him joining us on the Other Side of Campus! 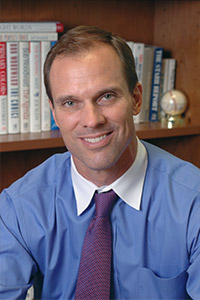 PRODUCER'S NOTE: This episode was recorded on September 25th, 2020 via Zoom.